This author has not yet filled in any details.So far pcohen has created 101 entries.

Employers should be aware of the evolving applicability of existing ACA taxes and fees so that they know how the ACA affects their bottom lines. Broad Reach Benefits, Inc will continue to keep you informed of changes. 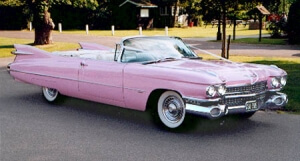 The ACA imposes a 40 percent excise tax on high-cost group health coverage, also known as the “Cadillac tax.” This provision taxes the amount, if any, by which the monthly cost of an employee’s applicable employer-sponsored health coverage exceeds the annual limitation (called the employee’s excess benefit). The tax amount for each employee’s coverage will be calculated by the employer and paid by the coverage provider who provided the coverage.

Although originally intended to take effect in 2013, the Cadillac tax was immediately delayed until 2018 following the ACA’s enactment. A federal budget bill enacted for 2016 further delayed implementation of this tax until 2020, and also:

The IRS is encouraging reporting entities to furnish statements as soon as they are able. No request or other documentation is required to take advantage of the extended deadline.

Sections 6055 and 6056 were added to the Internal Revenue Code (Code) by the Affordable Care Act (ACA).

END_OF_DOCUMENT_TOKEN_TO_BE_REPLACED

On Dec. 20, 2017, the tax reform bill, called the Tax Cuts and Jobs Act, passed both the U.S. Senate and the U.S. House of Representatives. The bill is now expected to be signed into law by President Trump by the end of the day.

This tax reform bill, drafted based on a tax reform plan that was developed in consultation with the Trump administration, will make significant changes to the federal tax code. Specifically, the tax reform bill will have a substantial impact on businesses.

On Oct. 13, 2017, the Internal Revenue Service (IRS) reversed a recent policy change in how it monitors compliance with the Affordable Care Act’s (ACA) individual mandate. For the upcoming 2018 filing season (filing 2017 tax returns):

To avoid refund and processing delays when filing 2017 tax returns in 2018, taxpayers should indicate whether they (and everyone on their return) had health coverage, qualified for an exemption or are paying an individual mandate penalty. This process reflects the ACA’s requirements and the IRS’s obligation to administer the law.

The ACA’s individual mandate, which took effect in 2014, requires most individuals to obtain acceptable health insurance coverage for themselves and their family members or pay a penalty.

The individual mandate is enforced each year on individual federal tax returns. Starting in 2015, individuals filing a tax return for the previous tax year will indicate, by checking a box on their individual tax returns, which members of their family (including themselves) had health insurance coverage for the year (or qualified for an exemption from the individual mandate). Based on this information, the IRS will then assess a penalty for each nonexempt family member without coverage.

Effective Feb. 6, 2017, the IRS announced that it would not automatically reject individual tax returns that did not provide this health insurance coverage information for 2016 (known as “silent returns”). Instead, […]

The White House announced on October 12, 2017 that it will no longer reimburse insurers for cost-sharing reductions made available to low-income individuals through the Exchanges under the Affordable Care Act (ACA), effective immediately. Because Congress did not pass an appropriation for this expense, the Trump administration has taken the position that it cannot lawfully make the cost-sharing reduction payments.

This decision follows the U.S. House of Representatives’ position in a lawsuit it filed against the Obama administration in 2014 challenging the federal government’s authority to fund these cost-sharing reductions.

While the immediate impact of this announcement is unclear, it could have a significant impact on individuals who enroll through the Exchange during the upcoming Nov. 1 open enrollment period. Some states have indicated their intention to sue the federal government to force these subsidies to be paid. However, until a federal court intervenes or Congress enacts an appropriation for these payments, it is possible that these cost-sharing reductions will no longer be paid.

The ACA created two federal health insurance subsidies—premium tax credits and cost-sharing reductions—to help eligible individuals and families purchase health insurance through an Exchange. Cost-sharing reductions are available for individuals who have incomes of up to 250 percent of the federal poverty level and are also eligible for the premium tax credit.

Individuals who receive cost-sharing reductions will have lower out-of-pocket costs at the point of service (for example, lower deductibles and copayments).

The ACA requires insurers that offer Exchange health plans to reduce cost-sharing for eligible individuals and requires the federal government to reimburse insurers for the cost of that reduction on a monthly basis.

On June 22, 2017, Republicans in the U.S. Senate released their proposal to repeal and replace the Affordable Care Act (ACA), called the Better Care Reconciliation Act (BCRA). The Senate bill closely mirrors the proposal passed in the House of Representatives—the American Health Care Act (AHCA)—with some differences. For example, unlike the AHCA, the BCRA:

The Senate has not taken a vote on any ACA repeal or replacement proposal at this time. The proposal would need a simple majority vote in the Senate to pass. However, amendments may be made before a Senate vote is taken.

Senate Republicans indicated that they would like to take a vote prior to the Senate’s July 4 recess. If the BCRA passes the Senate, it would need to go back to the House for approval before being signed into law by President Donald Trump. END_OF_DOCUMENT_TOKEN_TO_BE_REPLACED

Coordination of Benefits- Which plan pays the Bill?

Your employee is covered under your companies benefits and also under their spouses.  So which plan pays first? That’s the question that arises when a plan participant or beneficiary is entitled to coverage under more than one plan or insurance policy. Coordination of Benefit (COB) rules, as specified in plan documents or insurance policies, will answer these questions and that’s why it is important to make certain those plan documents address coordination of benefits. However, if those rules are unclear and therefore a dispute arises that isn’t resolved then the issue will be decided in court.

Often the way the courts resolve these disputes differs based on the kind of plan or insurance policies involved. To provide more information, some of the COB issues that self-funded Employee Retirement Income Security Act (ERISA) plans face are highlighted below. END_OF_DOCUMENT_TOKEN_TO_BE_REPLACED

The U.S. Supreme Court issued a decision on June 5. 2017 holding that an employee benefit plan may be exempt from the Employee Retirement Income Security Act (ERISA) as a “church plan” even if a church did not establish it. The court held that the ERISA exemption for church plans applies to certain organizations that are affiliated with churches, regardless of how their benefit plans were established.

Because this is consistent with how federal agencies currently interpret and enforce ERISA, the ruling does not change any obligations for most employers. The decision does, however, settle and resolve a recent wave of litigation involving employers with religious affiliations, such as hospitals.

Employers with church affiliations should be aware of the specific criteria an employee benefit plan must meet to qualify for ERISA’s church-plan exemption. All employers that sponsor employee benefit plans should ensure that their plans either meet the criteria for an ERISA exemption or comply with all applicable ERISA requirements.  END_OF_DOCUMENT_TOKEN_TO_BE_REPLACED

Members of the U.S. House of Representatives voted 217-213 to pass the American Health Care Act (AHCA).  The AHCA is the proposed legislation to repeal and replace the Affordable Care Act (ACA).

The AHCA needed 216 votes to pass in the House. Ultimately, it passed on a party-line vote, with 217 Republicans and no Democrats voting in favor of the legislation. The AHCA will only need a simple majority vote in the Senate to pass.

If it passes both the House and the Senate, the AHCA would then go to President Donald Trump to be signed into law.

The AHCA will now move on to be considered by the Senate. It is likely that the Senate will make changes to the proposed legislation before taking a vote. The AHCA would only need a simple majority vote in the Senate to pass.

However, unless the AHCA is passed by the Senate and signed by President Trump, the ACA will remain intact.

The AHCA is budget reconciliation legislation, so it cannot fully repeal the ACA. Instead it is limited to addressing ACA provisions that directly relate to budgetary issues—specifically, federal spending and taxation. A full repeal of the ACA must be introduced as a separate bill that would require 60 votes in the Senate to pass.

If you work in human resources the following scenario should sound familiar: An employee wanders in and starts to complain bitterly that they can no longer afford the medical or dental coverage they signed up for and demand you let them drop the coverage immediately (midyear).  Good luck explaining that it’s not you who won’t let them drop their coverage.  It’s those pesky rules in place within the IRS Section 125 plan you have in place.

Internal Revenue Code Section 125 cafeteria plans state that participant elections must be made before the first day of the plan year or the date taxable benefits would currently be available, whichever comes first. These elections are generally irrevocable until the beginning of the next plan year. This means that participants cannot make changes to their cafeteria plan elections during a plan year just because they no longer want the coverage.

IRS regulations do permit employers to design their cafeteria plans to allow employees to change their elections during the plan year if certain conditions are met. The IRS clearly lists permitted or qualifying events that allow participants to change his or her election midyear as long as the change is consistent with the event.  Some examples are an employee has a spouse who loses or gains employment, birth of a child, marriage and divorce.  Also, the IRS did expand the midyear election change rules in response to certain Affordable Care Act (ACA) provisions.